At the end of Europe is a place that is so far West that it doesn’t look like anywhere else on the continent. In fact, it’s geologically part of North America.

Beautiful black sand beaches are common throughout the archipelago.

Panorma of the Capelinhos Volcano on the West coast of Faial.

The residents of Pico devised a method of planting grape vines so unique that the area is now a UNESCO world heritage site. The vines are planted horizontally in enclosures to protect them from harsh mid-Atlantic winds. Thanks to the rich volcanic soil and cool summers, the area produces excellent wines. 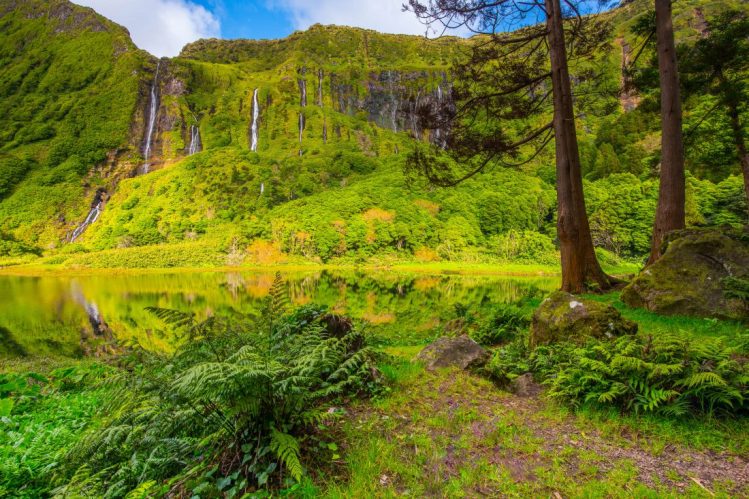 Poco Ribeira do Ferreio. Located on the West side of the Island of Flores, the steep cliffs here intercept copious amounts of moisture blowing off of the Atlantic. Moving water is so plentiful on this island, that locals employed numerous watermills to grind locally harvested grains. 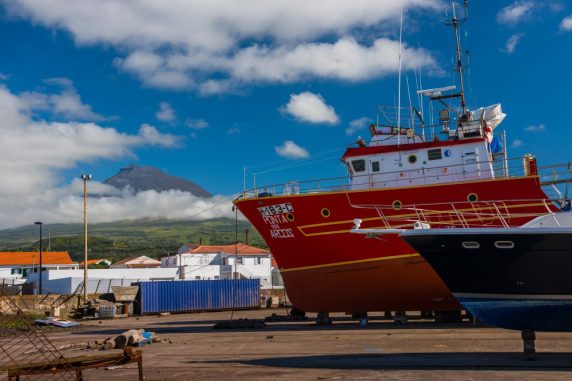 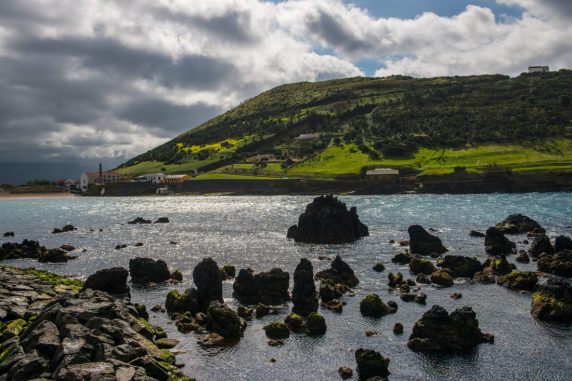 The mysterious volcano of Pico towers above Porto Bim Bay. often shrouded in clouds, I was fortunate to able to capture images of the mountain on 3 different days.

Sunrise over Pico as seen from the Atlanticoline Ferry boat.

Beneath Pico da Se is the lush Fazenda valley with the Island of Corvo in the distance. Every morning during the winter, this place is the first place on the North American plate to receive the sun’s rays. 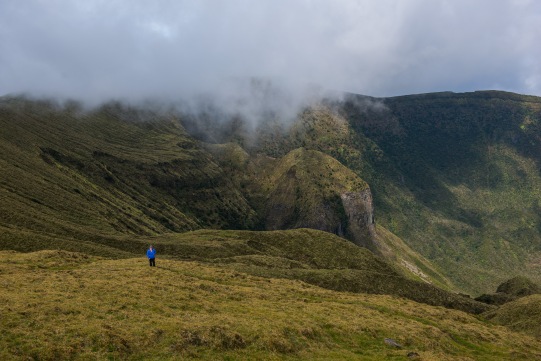 Michelle hikes around the rim of the massive volcanic caldera on the Island of Faial.

An incredibly straight highway crosses the high-altitude plateau on the Island of Pico.