Jutting out into the North Atlantic Ocean; one of the furthest reaches of North America is also one of its crown jewels.  Here is a place where land meets sea in a way that is unmatched by any place southward. 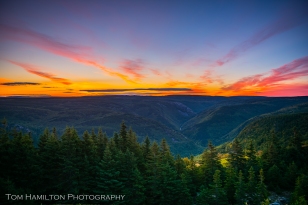 Waterfall in the Aspy Valley 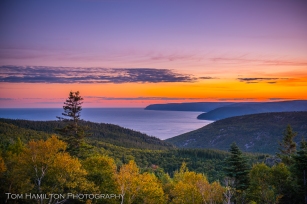 Looking North across the Gulf of St. Lawrence 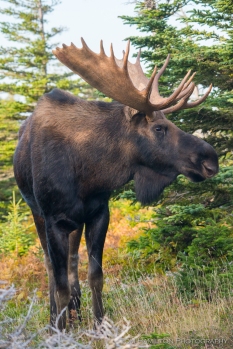 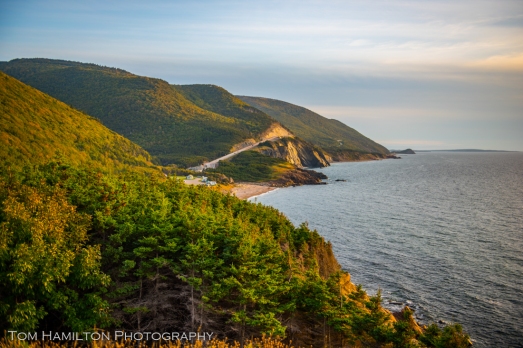 The most famous section of the “World Famous” Cabot Trail

Forests that are bright green in summer come ablaze in autumn before becoming cloaked in white in winter.  The French were the first to settle this land, eking a living off the bountiful seas teaming with cod and lobsters.  Later came Anglos, who notwd its resemblance to Scotland.  This landmass is where the province Nova Scotia (New Scotland) gets it name from.  And by listening to local accents, one might think that you were still on the other side of the pond.    Today the island hosts the world’s largest Celtic music festival.

Our short stay on the island was focused around the dramatic Western side of the Cape Breton Highlands National park.  Here, the mountains jut 500m out of the sea.  Along with the differing elevations are differences in climate.  Mixed hardwood and spruce Acadian forests cling to the hillsides, while Boreal spruce forests dominate the headlands.  In some places, Taiga dominates, mimicking landscapes found in Labrador and Northern Quebec.

A cloud bank rolling oin off of the Gulf of St. Lawrence creates a surreal fog atop the highlands

The Boreal forest floor begins to show the colors of autumn 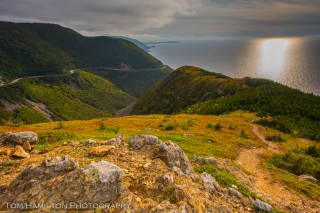 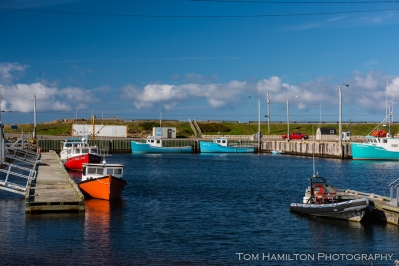 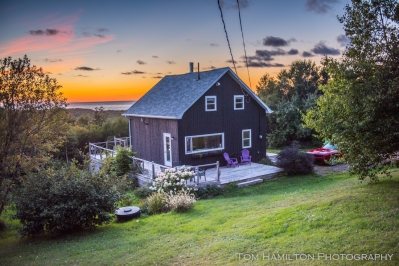 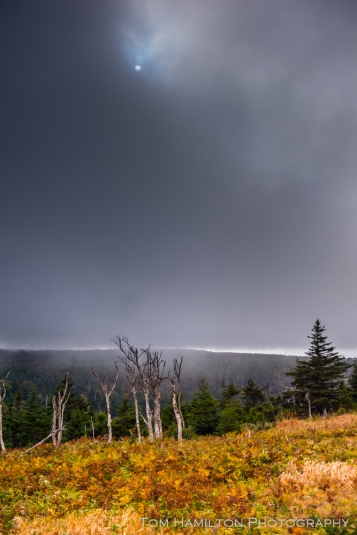 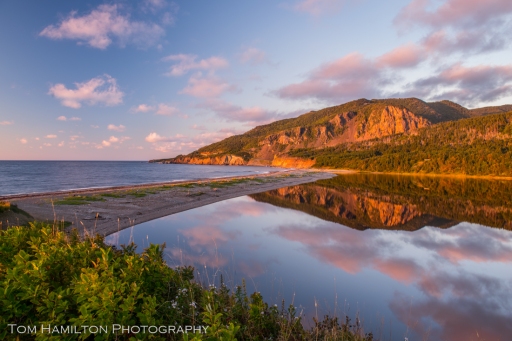 Sunset glow on the headlands 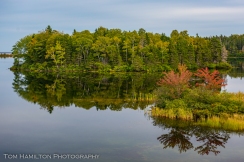 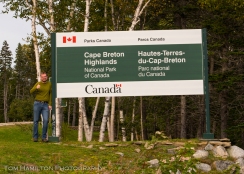 A waterfall cascades into the Atlantic Ocean 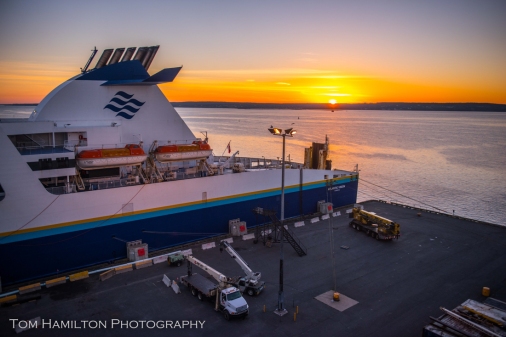 Sunrise over Sydney Harbour from the Newfoundland Ferry 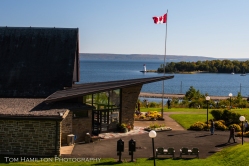 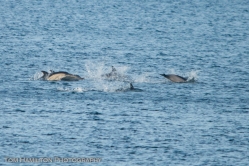 Porpoises in the strait separating Cape Breton Island from the mainland 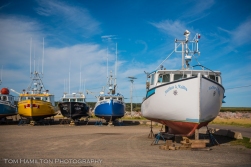 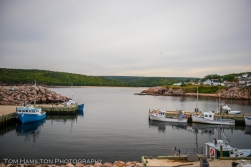 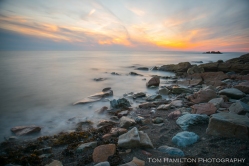 Long exposure sunset along the shore of the Gulf of St. lawrence