Since I received my first “Patagonia” brand fleece as a little kid, I have been intrigued by the mountains on the clothing brand’s logo. However, I never dreamed I’d have the opportunity to visit this remote land.

Then, two years ago I started researching locations for my wife and me to travel on our next “big adventure” and I was instantly hooked when Patagonia popped up. I spent countless hours since then researching when, where, and how to go. So much so that I began to think, “Is there going to be much more to discover than what I’ve already seen on Google image search?” Luckily, I was wrong and I could not have prepared myself for the land that many say is a true “landscape photographer’s dream.” My wife fell in love with the landscape, too, and she expressed interest in returning before we even left, which certainly says something given the often “less than ideal” weather conditions and many challenges with traveling to and around this remote land. 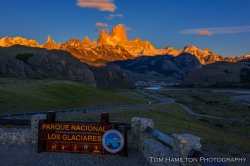 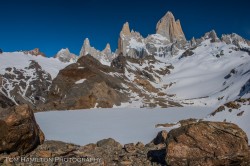 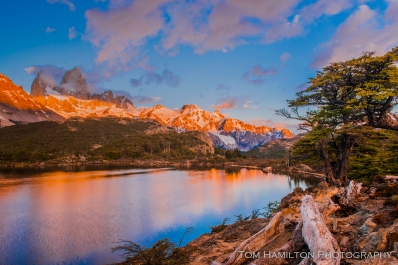 Fickle weather, like the clouds obscuring the mountains sometimes enhances and sometimes detracts from photographs

A lenga forest is illuminated by shifting weather patterns 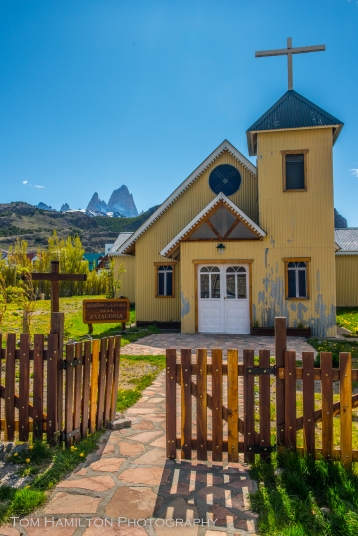 One of the local churches in El Chalten, Argentina

For those who might be unfamiliar with the region, getting to/around there isn’t the easiest of tasks. It took no less than three flights  with 15+ hours of total flying time for us to arrive in Punta Arenas from Washington-Dulles International Airport. And, even after arriving at the airport, there were still hundreds of miles to drive between the individual destinations. To make matters more difficult, the wind is so great that it tests the skill of even the best drivers, blowing the car all over the road. The wind literally caused our Toyota Corolla to blow apart, causing me to do emergency roadside maintenance on the side of the road as local drivers whizzed by at 90+ mph (normal cruising speed on the straight Argentine roads). Since the next settlement, let alone gas station, may be more than 150 miles away, pre-planning is a must when visiting the region. 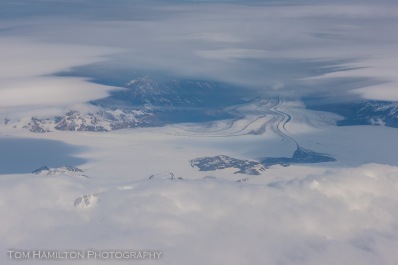 The Southern Patagonian Ice Field is the world’s largest ice mass outside of Antarctica and Greenland. The glacier in the top right corner is the one that we’d later be hiking on 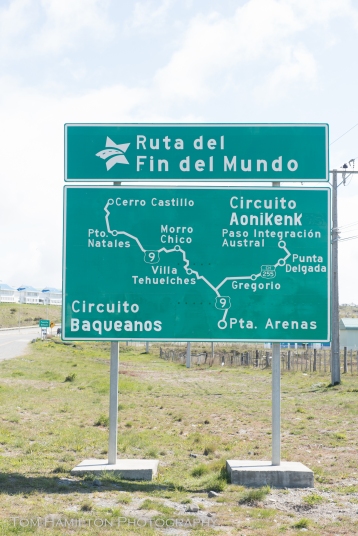 Arriving in Punta Arenas, it feels like you’re at the end of the world, even without the signs telling you that 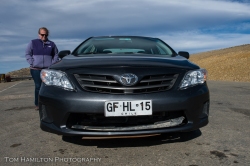 Our rental car with 66,000 kilometers on the odometer of driving down rough Patagonian roads, the bumper (and the rest of the body for that matter) began to fall apart. Like all good car problems, this problem did not manifest itself in town. 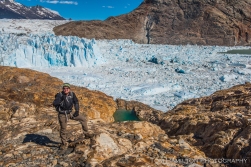 Chilean border crossing. The part that said “Bienvenidos” (welcome) blew off in high winds. The winds on this day were a typical 70 km/hr

The same climatic engine that drives the “less than ideal” weather also creates unimaginable natural lighting. During our trip, we observed some of the most stunning lighting while 70km/hr winds were ripping across the landscape, and keeping a tripod steady, let alone hand-holding a camera, was often challenging in these conditions. 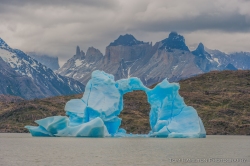 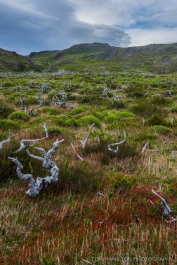 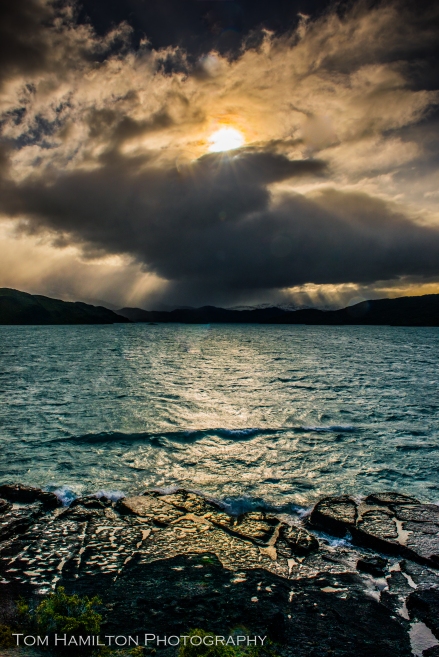 Spectacular lighting abounds along the spine of the Andes in Patagonia. This scene was captured at Lago Pehoe in Cueva del Milodon. ncient peoples inhabited this site, dining on local prehistoric animals such as the milodon skeleton that was discovered here in the mid 1900s

While most people (including me!) come to Patagonia for the landscapes, the wildlife certainly does not disappoint. My wife commented when driving through the Eastern entrance to Torres Del Paine that it felt like we were on a South American safari. The variety and number of animals in the area was a surprise since many of the animals–including flamingos, rheas, and armadillos–are animals normally associated with warmer climates. This coupled with cold weather animals, like penguins, creates an amazing biodiversity.

Guanacos, a type of llama is as common as deer is in North America. Ironically, the native deer species is endangered and extremely rare 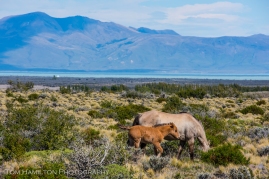 Wild horses in the vast steppes of Argentine patagonia

My wife and I have been blessed to travel often during our marriage. Our Patagonian adventure, coupled with the amazing experience we had the week prior in central Chile, certainly made this a trip of a lifetime.

3 thoughts on “Patagonia: The Land That [Far] Exceeds Expectations”